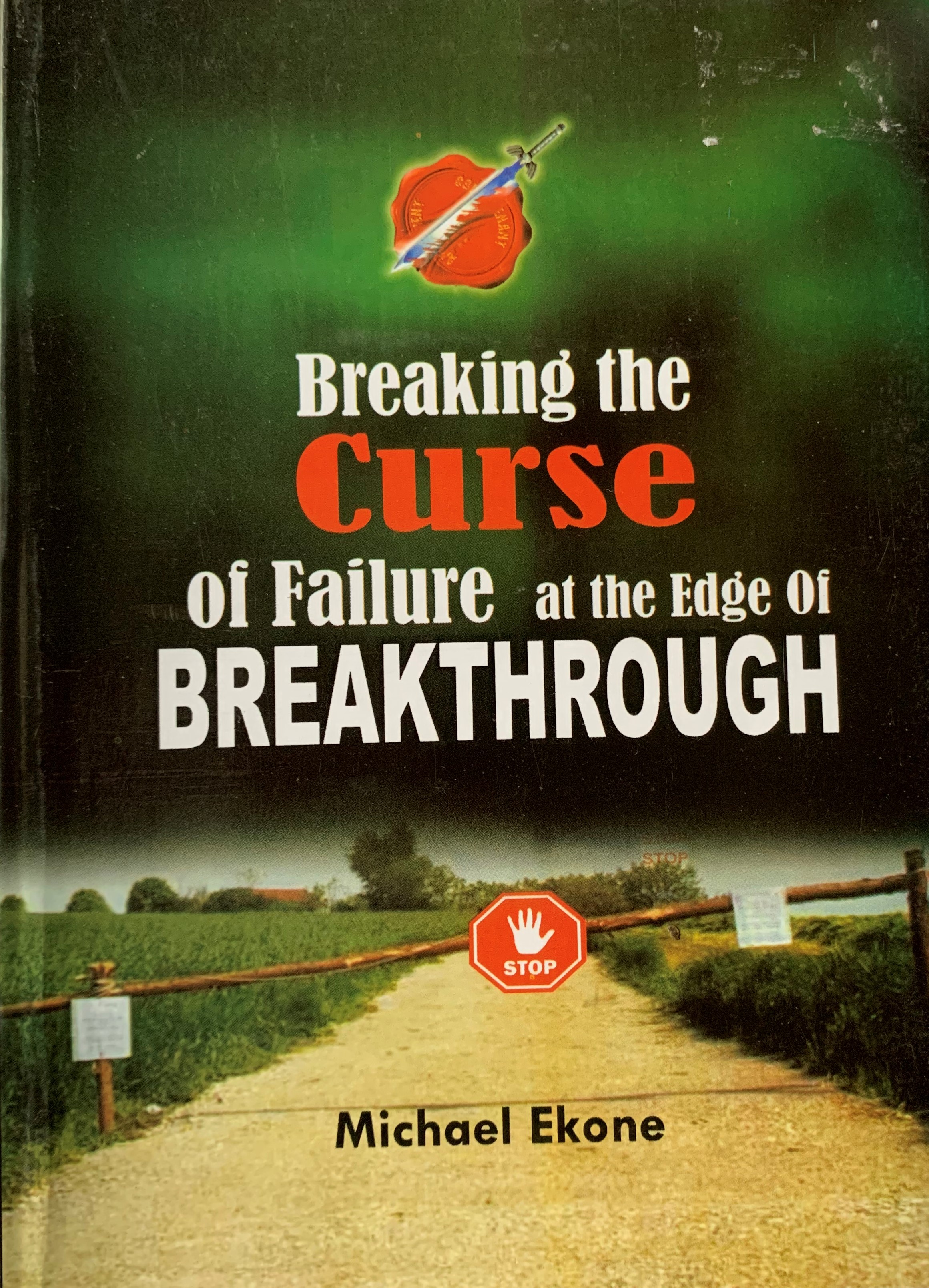 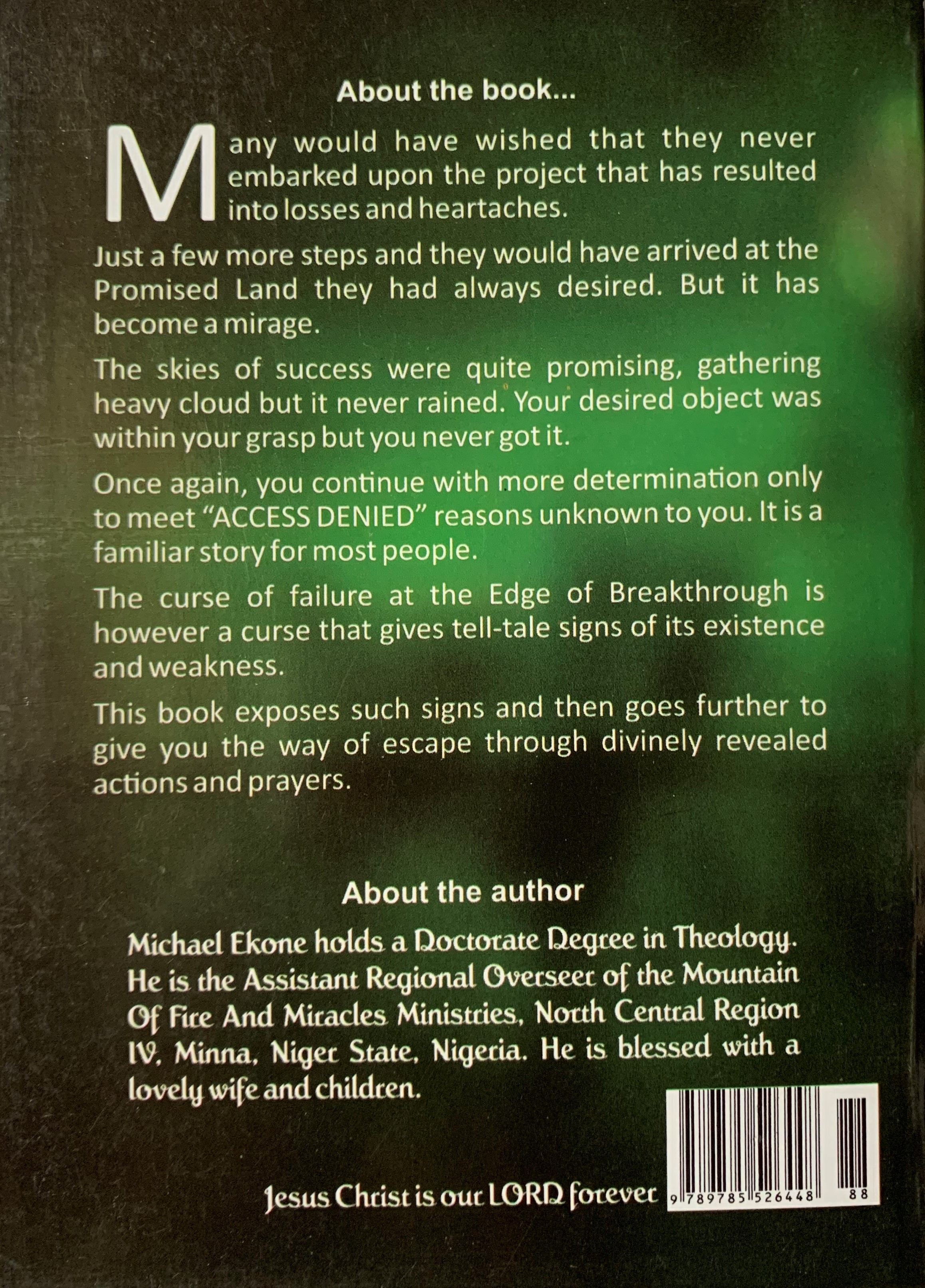 Many would have wished that they never embarked upon the project that has resulted into losses and heartaches.  Just a few more steps and they would have arrived at the Promised Land they had always desired. But it has become a mirage.

The skies of success were quite promising, gathering heavy clouds but it never rained. Your desired object was within your grasp but you never got it. Once again, you continue with more determination only to meet “ACCESS DENIED” reasons unknown to you. It is a familiar story for most people.

The curse of failure at the edge of breakthrough is however a curse that gives tell-tale signs of its existence and weakness.

This book exposes such signs and then goes further to give you the way of escape through divinely revealed actions and prayers.