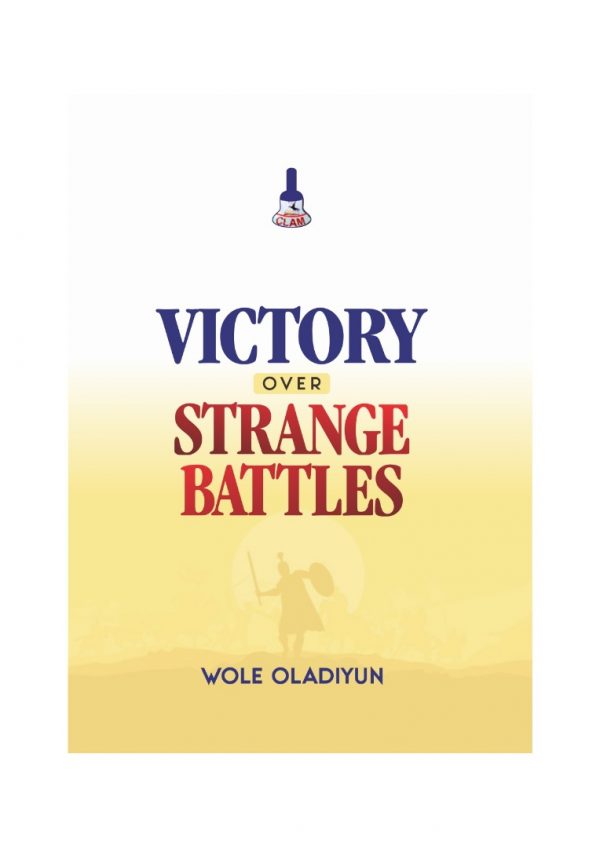 “Truth is stranger than fiction” is an age-long idiom amongst the English-speaking people. This is true about certain occurrences or events in life, as “Real life can be more remarkable than invented tales”. This statement is also very relevant and applicable to our spiritual lives, there are certain negative experiences and battles we contend with that appear very strange and often times difficult to believe.

How could a single person be under the unceasing attacks of multiple demons code-named Legion, so much so that the victim took on that name for his identity Mark 5:1-9? Is it not strange to see a young boy falling into the fire and water from being possessed by the spirit of lunacy, as seen in Mathew 17: 14-15? We are in a world full of mysterious happenings! Unfortunately, many out of sheer ignorance still live in denial of this truth.

This book “Victory over strange battles” delves into the realm of the mysteries of spiritual battles that men and women grapple with, and tries to open our eyes to the different dimensions of strange battles, and how to effectively deal with them.

This is another Spirit-breathed script given to the author for the liberation of men and women from the bondage of strange battles.